How to cultivate wellbeing through gardening 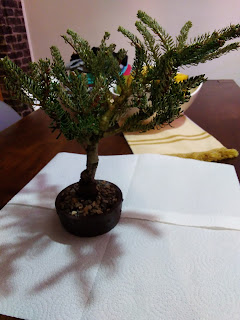 How to cultivate wellbeing through gardening

Gardening is proven to help mental health and is prescribed by the NHS.

The British see themselves as a “nation of gardeners”, and 3 million new enthusiasts have emerged since the first lockdown, according to the Horticultural Trades Association. But one in three British front gardens have no plants, while one in four have been buried completely under paving slabs. This isn’t only bad for wildlife, it can actually impact your mental health as well as that of your neighbours.

The World Health Organization defines good health as “a state of complete physical, mental and social wellbeing”. It is a complex pattern of interactions. “One of the key things that we have forgotten as human beings is that we’re animals, and we’re part of a system,” says Professor Alistair Griffiths, the Royal Horticultural Society’s director of science and collections. ”People see themselves as separate from nature but we’re very much a part of it. What we have around us in our environment is critical to our wellbeing.”

Contact with nature has been found to improve mental health, with people who garden every day having better wellbeing. Gardening has been prescribed by the NHS since 2019 and research suggests that being able to see green space can even reduce recuperation time in hospital.

Gardening seems an intuitive way of connecting people with nature, but many people living in towns and cities need to have their interest revived, or be given more confidence. In 2020, the RHS carried out an experiment in Salford to find out if gardening enhances mental health. Its researcher went door to door, offering two pre-planted tubs of bulbs, annuals, a climber and a shrub – plus an optional tree. The tubs were self-watering and any further plant care was entirely optional. Only 13% of people were prepared to take up the challenge; of these, fewer than half wanted a tree.

A front garden in Salford, Greater Manchester, where RHS researchers introduced plants into bare front yards to test their impact.

However, once the tubs were in place, participants reported feeling more pride in their neighbourhood. Some people not taking part in the experiment bought plants after seeing neighbours tend their plants. People spoke to their neighbours for the first time in years and a significant increase in patterns of cortisol (a hormone that regulates stress) was found.

Griffiths says: “Everyone needs a space to grow. It should be a human right, because it’s fundamental to us.”

Core Arts, a Hackney-based charity which promotes mental health and wellbeing, includes gardening in its programme. Nemone Mercer, its dynamic landscape manager, says working on community garden projects improves social interactions. “People see that their input is valued by hundreds of others. The mutual benefits ricochet around.”

Rising mental health problems during the pandemic have put extra pressure on charities, and the RHS hopes its research will persuade the government to tackle the loss of urban green spaces and stop thinking of gardens as a luxury. This year’s Chelsea Flower Show will feature the imaginative philanthropy of Project Giving Back (PGB), an organisation which will fund 42 gardens for charities over the next three years.

Hattie Ghaui, the project director of PGB, explains that its two anonymous founders, life members of the RHS, were inspired by the actress Helen McCrory and the way she devoted her final years to charity work. “Chelsea is this amazing storytelling platform, but it’s inaccessible to most charities because it can cost £350-450k to take a garden there. But a garden there can catch the attention of a new audience and then be relocated to a community for the long term.” Crucially, PGB ties funding to sustainability projects, something that the RHS hasn’t had the power to do.

Core Arts is one of the charities that will have a PGB-sponsored garden at Chelsea this year. Landscape designer Andy Smith-Williams’s concept shows two front gardens joined to create an inter-connected space “to encourage conversation, local wildlife, and pride in front gardens that can be cared for communally”. No tarmac or car in sight.

Rosie Atkins, RHS vice-president and founding editor of Gardens Illustrated, is a curator for PGB. She looks forward to seeing Chelsea taken further away from its upper-class image this year, to become an advocate for a more fundamental conversation. She says: “With plants, it’s a two-way nurturing process. You’re nurturing them and they’re nurturing you back.”

Treats for the senses

Making a garden specifically for the senses is a way of embracing mindfulness by stealth. Make sure you leave your phone indoors and edit your choices outside. Choose plants that appeal to at least two senses. Go for atmosphere and abundance: instead of one prized rose, cover your space in as many as can be squeezed in. Choose plants whose leaves have shape and texture; pick edible ground cover in the form of wild strawberries, nasturtiums, marjoram.

• Pelargoniums contain essential oils in their stems, flowers and leaves and are tactile and scented, releasing oil at the slightest rub. No garden for the senses should be without lavender, rosemary and pelargoniums.

• Apple trees produce fruit which crunch when you bite into them and make a pleasant thud on hard turf. They seem designed for grasping in your hand. Eat one under the tree and you’ll see all the life it supports, including blackbirds which eat fallen fruit.

• Pygmy water lilies turn a large bowl into a pond. Every garden benefits from having contained water, attracting dragonflies, water boatmen, frogs, birds. All of these visitors add to the main point of a small pond for us: gazing.

• The crocus is such a perfect shape and has the added advantage of luminous colour combinations – as well as early pollen for bumblebees. Crocus tommasinianus is one of the first blooming. It needs no attention, obligingly spreading itself in the turf.

• Plants in the Rosaceae family include apples, strawberries and hawthorn, as well as roses, and are a draw for anything with wings. Pruning and deadheading steadies the mind, while rambling roses attract birds.